A need for a new lab

HOPE has started to run out of parts for the original "main" PCB lab, which has been referred to as the "USB Charger" lab. Last semester, when Leon went to stock up on components, he realized that a critical part had actually been discontinued! Thus a new lab needed to be created, but what?

We were looking for a couple of things in our new lab:

During a HOPE meeting our discussion drifted to robots that zipped around. By definition they would be able to work outside of a lab, were cool to show off and educational if we could integrate its assembly with other HOPE labs, is also naturally a hard mixed domain design problem, and well, it was a micromouse.

Jeffrey decided to search up some micro motors on ebay and found these absolutely lovely tiny square motors: 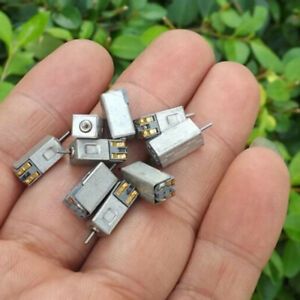 As well as this video: simple, cheap line following robot
We decided then and there this was what we were going to do.

The robot needs to have:

We started selecting parts based on the general specifications we listed above, with one governing statistic: "swarm cost". Assuming we had a full HOPE class with 25 students, and each student successfully made one of these "microbugs", how much would the whole swarm of bots cost.

thank you Jeffrey for being an absolute speed demon 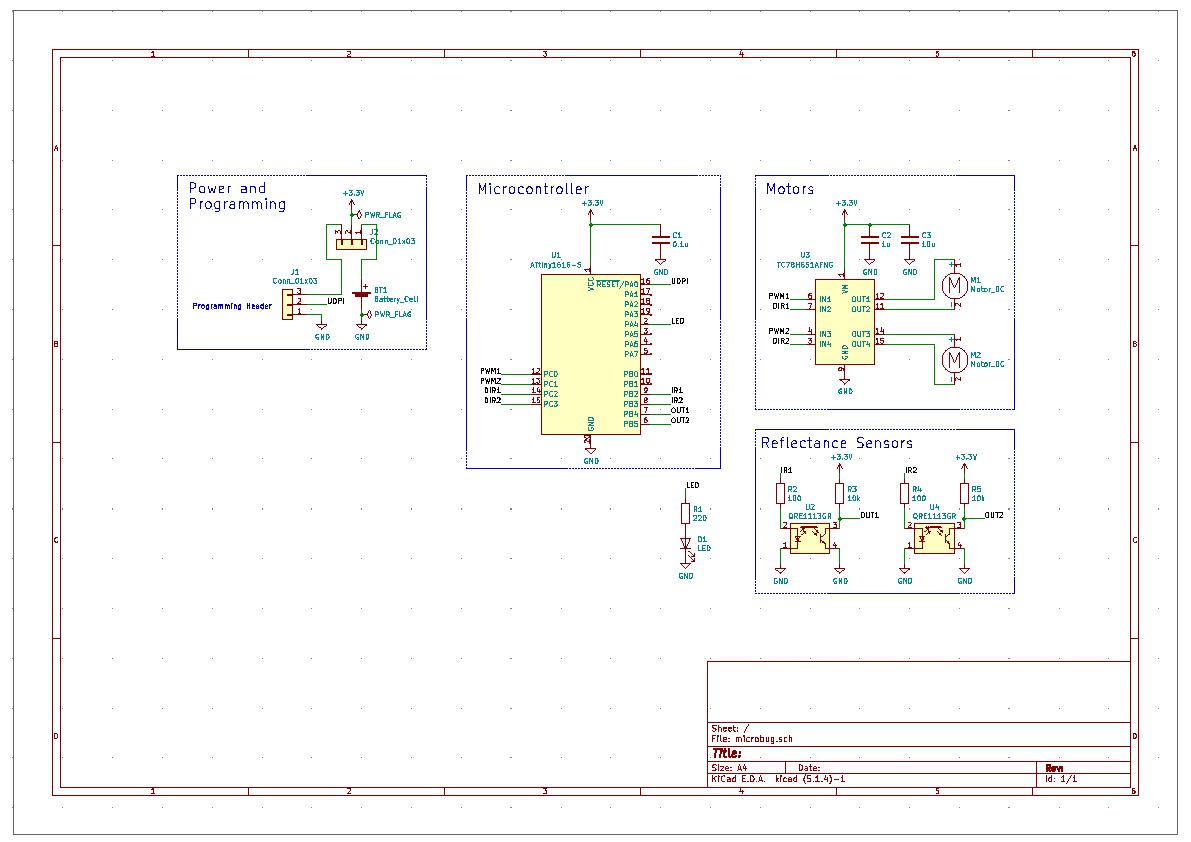 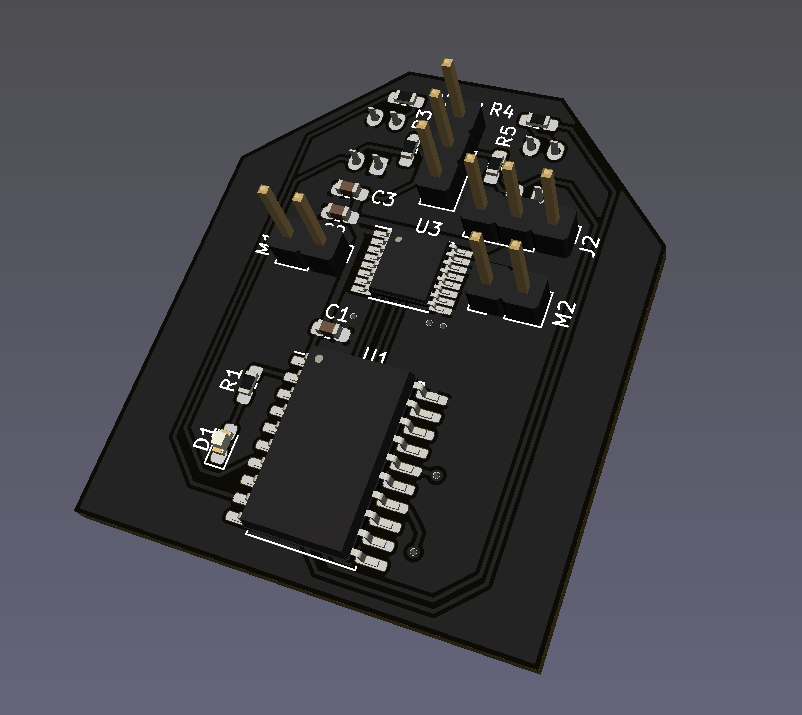 The finalized layout will definitely be bit more accessible to solder, nicely silkscreened, etc. But the sizing is something we plan to keep approximately: 1 by 1.5in. The final board will not be any bigger than this.

a couple of other things

To keep the board expandable for future students who may want it to do even crazier things than we can think of, we plan on designing the layout and mechanical for

Before making a PCB, it is generally a very good idea to prototype your circuit and make sure the most important parts work as intended. In our case, we made a quick breadboard then perfboard mockup of the entire robot.